Sefton Central Labour MP called for an immediate ban on fracking, when he spoke in the fracking debate in Parliament on 31 October 2018. 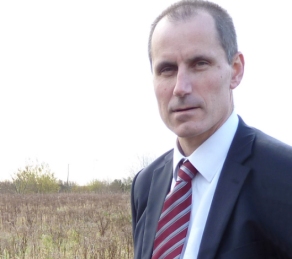 Mr Esterson said, “Fracking in Formby is of great concern for my constituents… the impact on groundwater, the pollution from traffic to and from the fracking site and the danger of burning yet more fossil fuels. The fact that the government overruled Lancashire County Council to allow fracking at Preston New Road, near Blackpool means that decisions are being taken away from local people. You have to ask why. Or is it simply that the voices of the oil and gas industry outweigh those of local people?

“Conservative MPs who say they oppose fracking must vote to reverse the cuts made by their own government to renewable energy and support investment in producing hydrogen gas. Fracking is bad news for local communities and for the local environment. The technology is risky as we have seen with numerous earthquakes near Blackpool. And above all, if we are to survive the threat of climate change, we must stop fracking and invest in wind, solar and tidal energy as well as switching to hydrogen for gas. Only a low carbon energy system can stop dangerous climate change and stop the threat to local communities. That’s why Labour will ban fracking and why I will do all I can to stop fracking at Formby.

“How many earthquakes will it take for the Conservatives to change their minds? The point is the people of Formby can’t afford to wait to find out how dangerous fracking really is and the planet can’t wait any longer for a complete change in how we produce our energy. The Conservatives are taking a reckless gamble with our communities and with the future of the planet. Labour will ban fracking.”