On the 2nd November, Aurora, the energy company who want to frack our land, took one step closer to achieving their aim, by having a ‘consultation’ meeting at Haskayne Village Hall. This was a preamble to their planning application to drill test wells at Great Altcar in our beautiful grade 1 agricultural land. They timed their evening and the venue well……. a cold day in November, the hour having changed so it was dark and at a venue in the middle of the countryside rather than in a large community setting like Formby. If they’d wanted as few people to attend their consultation as possible, they couldn’t have planned it better! They were probably disappointed then that there was still a good turnout of people who dragged themselves out of their warm, cosy homes, to see what Aurora were presenting. Sufficient to say, they didn’t exactly put people’s minds at ease. But how could they? Fracking is simply NOT good news. Over the next few weeks we will be looking at the government and what they have said about fracking and we will be giving you a reasoned argument as to why we think differently. 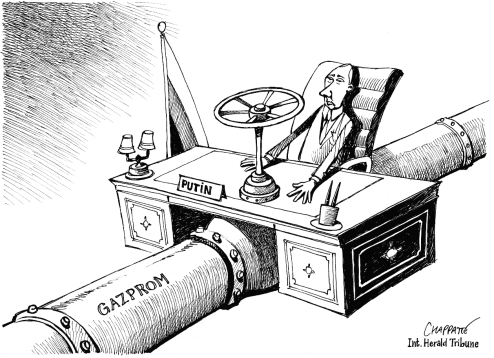 Being in the village most Saturdays, we’ve had many conversations and heard a number of concerns from the Formby public. Something often said is that the UK needs shale gas because we don’t want to rely on Russia for our supply. Hardly surprising since our own Energy Secretary Claire Perry stated that ‘we don’t want to rely on Mr Putin for our gas’. Well, simply put, we don’t rely on Russia for our gas. The UK currently produces enough gas to meet almost half its needs (44%) mainly from the North Sea and the East Irish Sea as well as small amount from the North Atlantic, around the Orkneys and the Shetlands. We also import 47% of the gas we use via pipelines from Europe and Norway. The remaining 9% comes into the UK by tankers in the form of Liquefied Natural Gas. Of all our imported gas, Russian gas accounts for about 1% of the total. In addition to this, a significant gas field was found off the coast of Shetland this September. Simply put the UK is secure in its gas supply and we do not need to frack our land for more gas. Germany on the other hand buys roughly 60% of its gas from Russia. They still refuse to frack their land for gas and have banned fracking in their country. Surely we must ask ourselves why so many countries including Germany, France, Scotland, Ireland, Wales, Italy, Spain, The Netherlands and Bulgaria etc., have either outright banned fracking or have a moratorium on it?

We urge Lancashire County Council to refuse planning consent to Aurora Energy Resources Ltd. for an exploratory wellsite on the Moss near Great Altcar. The online petition is available on the 38 Degrees website here.

If you would like to help collect signatures yourself, a downloadable / printable version of the petition is available by clicking on this link Petition to LCC This can be handed in at the Frack Free Formby Saturday stall in Formby Village or alternatively, please contact us for a postal address. Many thanks for your support.